Located on a curve of the Mekong River, Vientiane Capital has a recorded history that stretches back to around 1,000 AD. The area was originally settled because of the fertility of the surrounding alluvial plains, and Vientiane became the capital city of Laos around the mid-16th century. 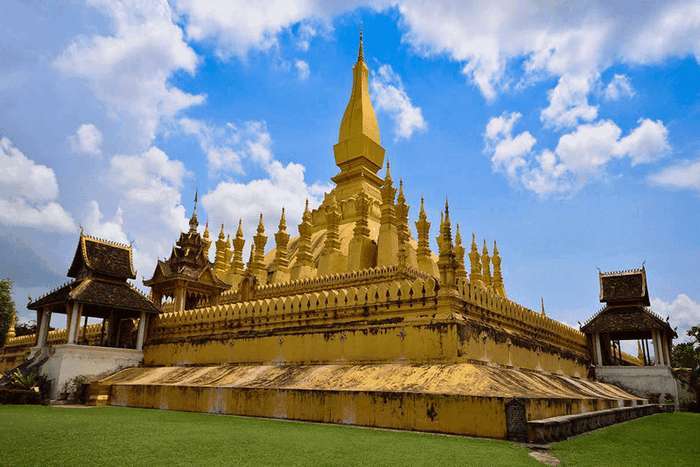 Vientiane Capital is the home to the most significant national monument in Laos: That Luang (Great Stupa), which is the symbol of Lao and an icon of Buddhism in Laos. Of the many beautiful Wats in Vientiane, a visit to Wat Sisaket is a must; built in 1818, this is one of the oldest temples in Vientiane. Other Buddhist holy places are Wat Ong Teu Mahavihan, known for its 16th century bronze Buddha sheltered by a carved wooden masterpiece, and Wat Si Meuang, the site of the Lak Meuang or pillar-stone of Vientiane. Wat Si Meuang is also home to the guardian spirit of the city.Hor Phakeo, across the street from Wat Sisaket houses a beautiful collection of Buddha statues, including traditional Lao style of the “Calling for Rain” and “Offering Protection”. Spend a morning in the Lao National Museum, which displays an interesting mixture of revolutionary and contemporary exhibitions. The main sights in Vientiane are only a short walk or bicycle ride from most hotels. Wat Xieng Khouan, better known as theBuddha Park should not be missed: take a tuk-tuk to this unique park that includes Buddhist and Hindu. Shopping for handicrafts is easy in Vientiane Capital; visit Talat Sao (morning market) for a wide range of colourful textiles including silks, wall-hangings and other decorative pieces. For very fine handicrafts, try one of the many upscale galleries in the city center. Keep your eyes open for traditional wood carvings, mulberry paper and a variety of basketry made from bamboo and rattan. 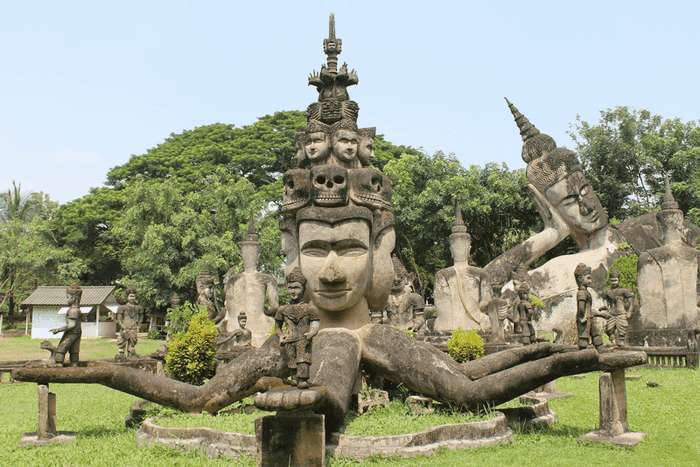 When you get hungry try the nation’s signature dish, tam mak-hung (spicy green papaya salad). laap (spicy minced meat salad) and ping kai(fried chicken). For its size, Vientiane Capital is surprisingly multicultural and has excellent French, Indian, Thai, Chinese and Vietnamese restaurants that serve both Lao and specialty dishes. Quench your thirst with a refreshing Beer Lao or fresh fruit shake from one of the many small restaurants found along almost every street in town. At dusk, find a spot along the Mekong promenade to enjoy an amazing view of the sunset over the river.

The largest fair, Boun Pha That Luang, is held in Vientiane Capital around mid-November each year. Celebrations begin at Wat Si Muang followed by a procession to That Luang. Festivities last a full week, ending in fireworks on the last night, which coincides with the full moon. In mid-October, the riverbank overflows with spectators watching the annual boat races. Boun Ok Phansa or the last day of Buddhist Lent precedes the boat races by one day. In the evening of Boun Ok Phansa, Lao people prepare small banana leaf boats called heua fai and set them afloat on the Mekong illuminated by candles and incense in a charming ceremony meant to bring good luck and prosperity. 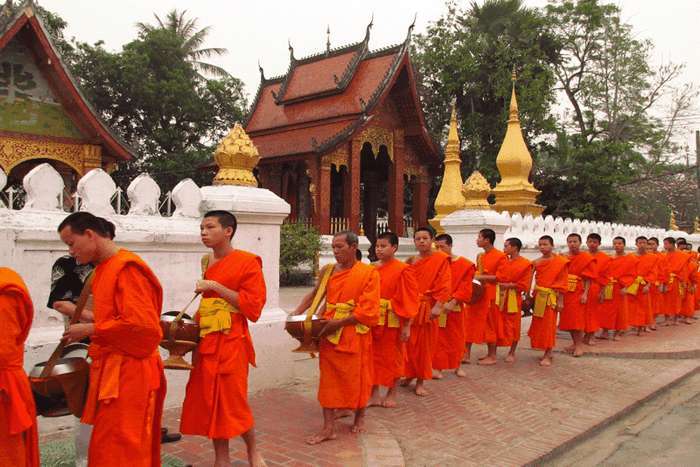 According to myth, the city of Vientiane was created by the Naga Souvannanak. Vientiane was an ancient city whose territories covered both banks of the Mekong River. The first name of Vientiane was “Ban Nong Khanthae Phiseuanam” village, which later became “Vientiane” town under the leadership of the first Governor, Bourichan or Phraya Chanthabouly Pasitthisak, between 430-120 B.C.
In 1357 King Fa Ngoum held a grandiose celebration for the great victory of the unification of all Lao territories enhancing his prestige and power over the nobility throughout the Lane Xang Kingdom and the neighboring kingdoms. It was organized in the Pak Pasak area in present day Vientiane.

In 1560, King Saysettha moved from Luang Prabang to declare Vientiane as the capital city of the Lane Xang kingdom, naming it “Nakorn Chanthabouly Sitta tanakhanahood Outtama Rajathany”.
During the reign of King Souliyavongsa Thamikarat in the 17th century, Vientiane grew to become one of the most developed civilizations. The city was the center of administration for politics, socio-economics and culture. The kings were brave, clever and kind and people were happy. The palaces were very beautiful, looking like golden houses standing along the bank of the Mekong River.
However, Vientiane was burnt down by Siames troops in 1828, and divided into two cities. The city on the right side of the Mekong River became part of Siam and the city on the left side remained part of Laos. At present, Vientiane is a smaller city, only half of its former size.
In the years of 2009 and 2010; two great historical events take place in Vientiane. In 2009 we hosted the 25th annual SEA Games and in 2010 we held a celebration of the 450th anniversary of the foundation of Vientiane as the Capital (1560-2010). To prepared for the above auspicious events Vientiane people have continued developing the city to be peaceful, clean, green, charming, light and civilized. 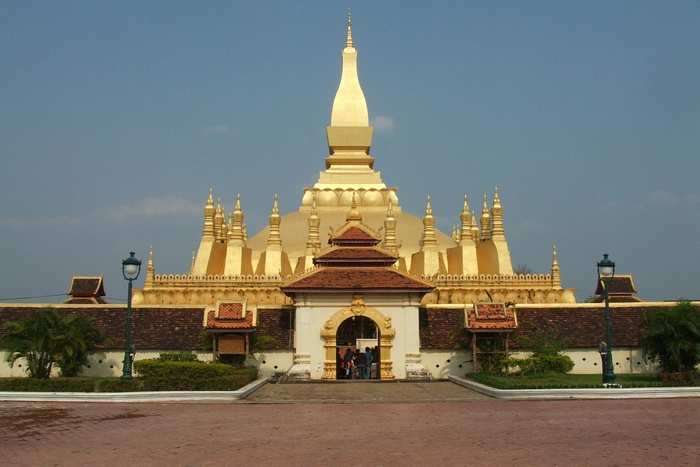 Vieng (Vien) in the Lao language means “the city”.
Chantha (tiane) a Pali word, means sandalwood or the moon. Vientiane is the city of sandalwood and sandalwood is the symbol of Vientiane. It could also be the city of the moon, or the city where people respect the moon as their symbol. It is true however, that Lao people believe their origin to be from the moon, and even the design of the national flag has the image of the moon in its center.
In the old part of Vientiane city, an attractive and interesting settlement is situated along the Mekong River where the ancient temples, museums, monuments and parks are all located just a short distance apart.
The cosmopolitan capital of Laos, Vientiane, has galleries, boutiques, theatres, nightclubs and internet cafe, making it a major attraction for visitors from all around the globe. Although the city is small, it offers visitors a great variety of restaurant serving both Lao and foreign cuisine.