The Features of Tonle Sap Lake

Tonle Sap is an irrigation system that combines rivers and lakes. It is the largest freshwater lake in Southeast Asia, in 1997 it was recognized as a world biosphere reserve by UNESCO. The lake has a large area, 250 km long and 100 km wide, making the lake look like an inland ocean because it cannot see the opposite shore from it. The water level is quite shallow, with a maximum depth of only 10 meters, but in the rainy season can hold up to 80 km3 of water. 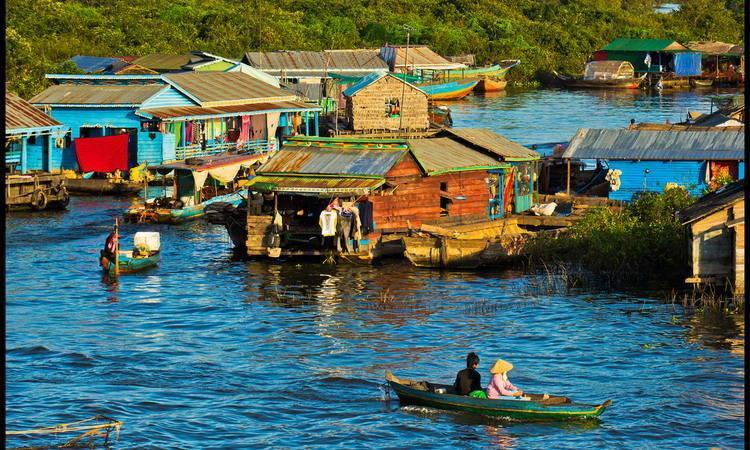 Tonle Sap Lake is about 25km from Siem Reap center. During the dry season (October to May), the lake is less watery, shallower and narrower, with a depth of only 1m, the reservoir area is only 10,000 km2. But in the rainy season starting in June, the Mekong floods into the Tonle Sap, causing the sea level to rise, the lake area increases to 16,000 km2, deep to 9m and can flood the fields and forests in the near area.

There are many floating villages around Tonle Sap Lake and each village has its own unique. Most villages rely on the lake’s natural resources for fishing and drinking water.

This is the nearest floating village from Siem Reap and the most visited by tourists. In the rainy season, Chong Khneas is completely floating on the water, houses, shops, schools,… all floating on the water. Tourism in Chong Khneas currently tends to be commercialized, but it is still worth to visit. Guests can spend a lot of time at the Gecko Environment Center or souvenir shops to buy gifts for their Cambodia trip. 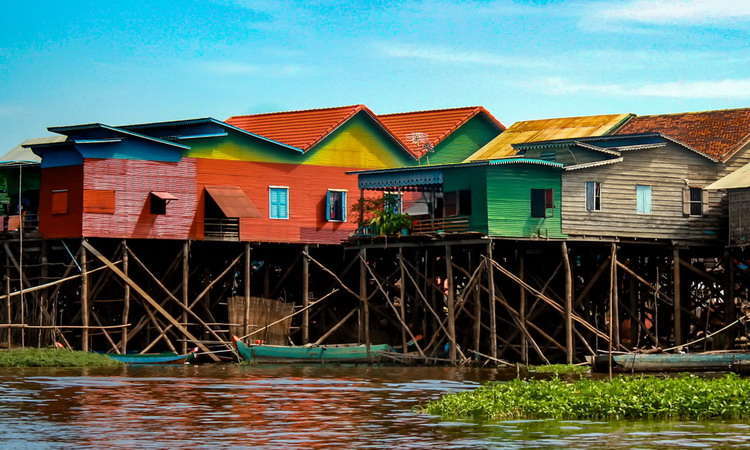 In the Kampong Phluk village, the houses are built on tall pillars. In the dry season, the houses look taller and drier, along the narrow road. When the water level is high, the village is actually a floating village with houses floating on the river. This is also where you can take a boat ride through the flooded forest so it attracts a lot of visitors to visit. 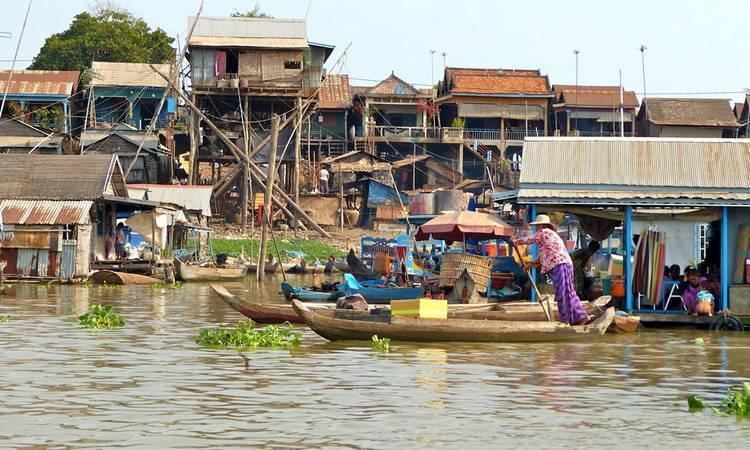 Prek Toal is a smaller floating village than any other village, which is the starting point for birds watching tours to the Prek Toal core area of the Tonle Sap Biosphere Reserve. This is the habitat of many endangered species of birds are protected. Guests can stay overnight here, however, the hostel is not very comfortable.

In the dry season, the water in Tonle Sap falls into the Mekong. At that time, the stilt houses became taller and drier, while the floating villages had to move further into the middle of the lake. The surrounding forests also dry up and thus cannot reach the bird sanctuary. In contrast, during the rainy season (June – October), the huge amount of water flowing from the Mekong River combined with the upstream water causes the volume of Tonle Sap to increase five times compared to the dry season, causing flooding the delta and the surrounding forests, creating an extremely rich and diverse ecosystem. If you want to visit the bird sanctuary, the best time is from December to April. 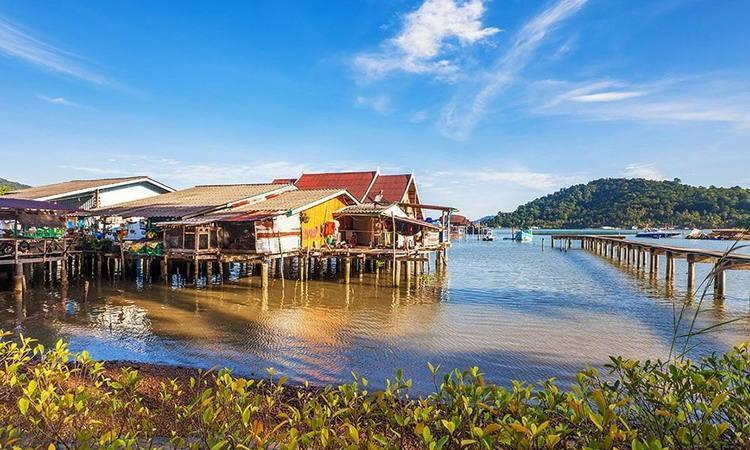 How to Get Tonle Sap Lake

The Tonle Sap Lake is about 30 minutes’ drive from the center of Siem Reap city, and you can choose to take a bus to the estuary or ride a bike on the shore. Discovering on Tonle Sap Lake by a boat trip will be a memorable experience of your Cambodia tour, do not miss!